In this video tutorial, you will learn how to add album art to the songs loaded up in your SAM Broadcaster Pro.

Note: In versions of SAM Broadcaster Pro later than 4.4.9, the Amazon album art search feature does not work. You will have to add album art manually. The video shows how to do that. 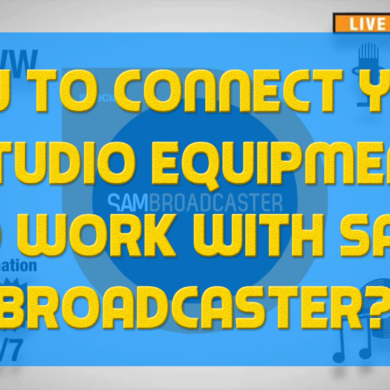 How To Connect Your Studio Equipment To Work With SAM Broadcaster?