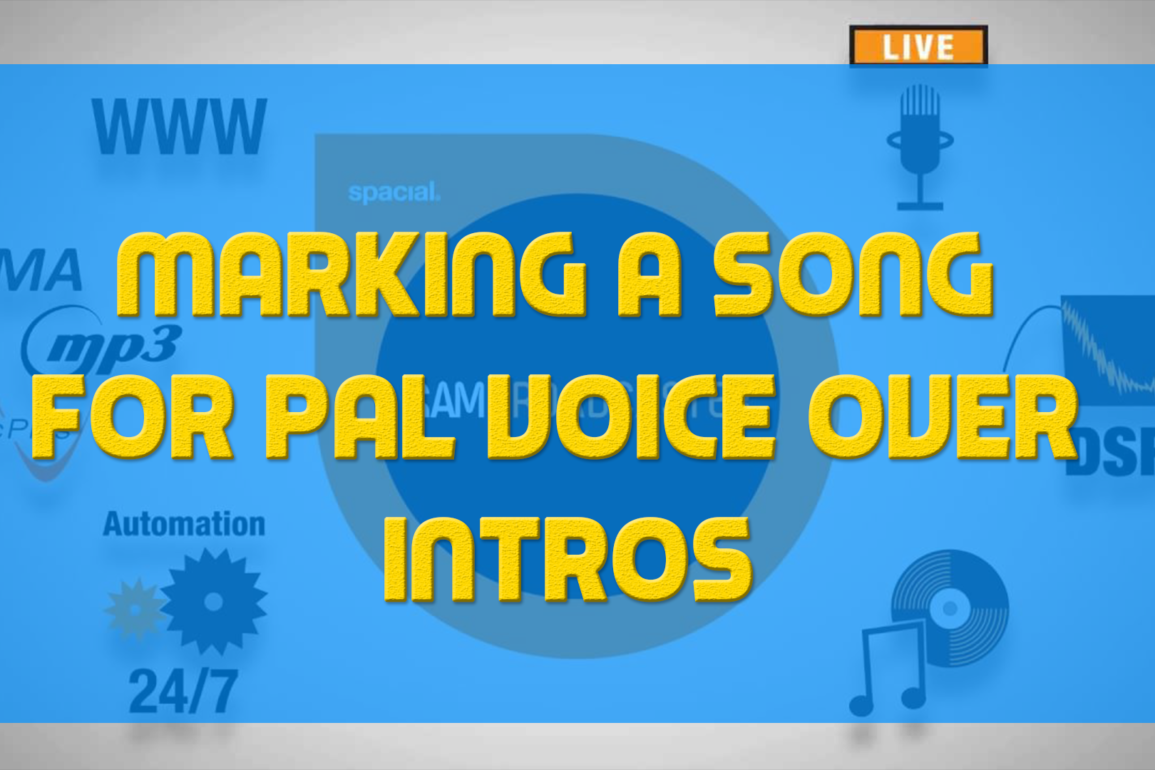 Marking A Song For PAL Voice Over Intros

Here is another example that shows the power of using PAL Scripts in SAM Broadcaster.

Learn how to Mark A Song For PAL Voice Over Intros in SAM Broadcaster using a PAL script.