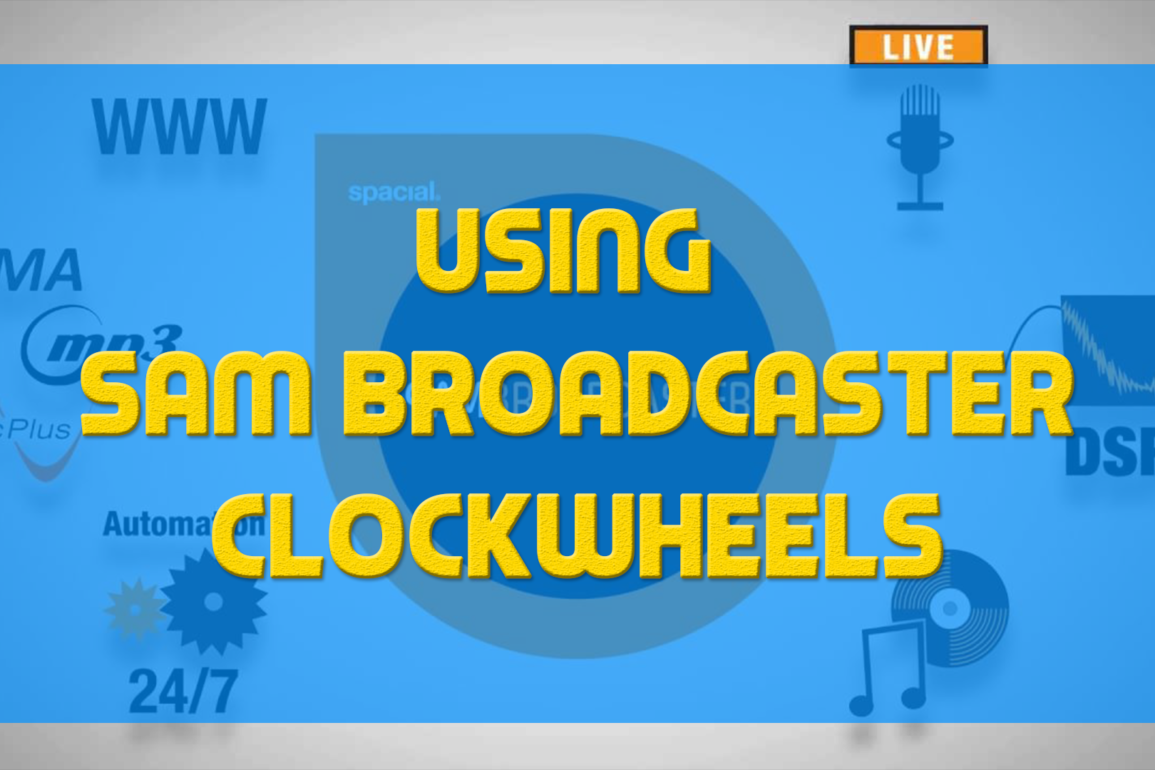 A clockwheel is a scripting scheme that radio stations use that determines what plays at, say, the beginning of the hour, the bottom of the hour, and everything else in between such as station IDs, commercials, ads, and jingles.

As the name “clockwheel” implies, it defines what happens within the 60-minutes of the clock.

If you are going to be running a radio station with one genre, you need only one clockwheel.

In this video, I am going to show you the two ways to create clockwheels in SAM Broadcaster Pro.